Though heard briefly in a video in "Poor Little Rich Girl", Kurt is formally introduced in "Dad's Back", where he visits ex-wife Carey Martin and his kids, Zack and Cody. Though Kurt does not stay long to visit, Zack stows away on his rock band's tour bus after a playful comment by Kurt, telling Zack to come live with him on the road. Despite being on the road, Kurt has to find time to take care of Zack and help him with his homework, and eventually get him back to the Tipton.

Kurt appears again at Christmastime, where he was supposed to take Zack and Cody snowboarding, but was snowed in at the hotel instead, where Cody tried unsuccessfully to get him and Carey back together, "like a family."

Kurt is really a happy-go-lucky guy who is a kid at heart. He is also an open-minded father and can be mindless at times. His creativity in buying Zack and Cody gifts revealed in both Suite Life of Zack and Cody, and Suite Life on Deck. In the former title, he bought Cody an ancient Chinese calculator, and gave Zack his legendary guitar. In the sequel, he got Zack and Cody a car since they are "out in the ocean, nothing can stop [him from teaching them how to drive]." Overall, he is a loving dad and possibly husband. However, his mindlessness is often viewed as irresponsible, and that is possibly why Carey, his ex-wife and mother of Zack and Cody, left him in the first place. 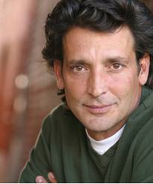 Robert Torti, the actor who plays Kurt Martin
Add a photo to this gallery

Retrieved from "https://suitelife.fandom.com/wiki/Kurt_Martin?oldid=77600"
Community content is available under CC-BY-SA unless otherwise noted.