Zachary "Zack" Martin (Dylan Sprouse), along with his brother Cody Martin, is one of the two main protagonists in The Suite Life series. He is typically the unstudious, outgoing, rebellious, and often lazy twin, who is often seen wearing skater clothes. Academically, he is a straight "D" student, though he shows a great interest for wood shop—the class in which he is the best student.

Zack is good friends with Marcus, Woody, London, Maddie, Barbara, Jessica and Janice, Bailey, and Bob. He was dating Maya Bennett, a girl whom he met working as a waitress at the Juice Bar on the S.S. Tipton, but they broke up in the series finale, "Graduation on Deck".

Born ten minutes before his identical twin brother, Cody, Zack was born at St. Joseph's Hospital (known now as St. Joseph's Medical Plaza) in Seattle, Washington on a Sunday at 6:30 am in 1992. He traveled the nation with Cody and his mother Carey before finally settling into the Tipton Hotel as seen in the first episode of the series, "Hotel Hangout".

Zack and Cody start their high school journey on a cruise ship and attend Seven seas High and they remeet some of their old friends from the Tipton Hotel while gaining some new ones. Now that he is grown older he starts to become more intrested in girls while at the end dumping them or them dumping Zack. He still gets Ds' and doesn't quite care about school life. Zack earns himself and Cody a job their as he used up all his and Cody's money on their student card and Zack works at the smoothie bar while Cody is Towel Boy.

The first phase of the project is to eat a specific fruit, this then causes the boys to be interconnected physically and feel each other's pain. The second phase then takes effect and they are able to think each other's thoughts. This then leads to a big fight and prompts Zack to leave the project. Zack is then reassured by Nellie that they need Zack there and he decides to stay. The boys then work out there problems and quickly overhear Dr. Olsen telling Nellie that Cody must lose his brain.

Zack is a "player" when it comes to girls. However, when it comes to schoolwork, Zack is not nearly as smart as Cody, and is described as lazy by Mr. Forgess in the episode "Smart & Smarterer". He's the more athletic of the twins and likes to play basketball, baseball, football, and dancing. He likes to be in the limelight and often tries to take credit for other people's accomplishments. He can be very petty when it comes to money and sometimes uses Cody for get-rich-quick schemes. Even though he insults and uses Cody, he is shown to be protective when other people are mean to him.

Unlike his brother Cody, who loses most of his prankster antics, Zack is still fond of pranking people throughout both of the series regardless of the often high consequences and already knowing he will be the first person blamed. When it comes to causing trouble, he seemingly has an affinity for it.

Despite his tough-guy attitude, Zack is the more sentimentally attached of the twins. He always misses Cody when he's gone and often feels bored without him. He also clung to his mother's legs during the first episode of The Suite Life on Deck, crying, "Mommy, don't go!"

Zack is usually shown to be extremely lazy school-wise, in sharp contrast to his book smart brother. In "Goin' Bananas", he implicitly states that he would try harder; however, because of his brother's over-achieving personality, he explains that nothing he ever does is good enough. In line with this idea, despite Zack's obvious moments of intelligence, he can be short-sighted and lacking in his thoughts, making him appear dumb to others. He always relies on Cody to do his homework and school projects as Cody is clearly the more intelligent of the two. Zack is also a very good strategist, since the first episode he is shown to be able to make quite good plans that usually succeed or would succeed if an unseen second or third party didn't intervene.He is shown to be really good at woodwork. In "The Ghost and Mr. Martin", Zack changed history when he learned of the tampered compass.

Like his brother, Zack is about four feet tall with short blonde hair at the start of the series. He generally wears long-sleeved shirts with t-shirts over top, and skater pants or shorts along with skater shoes. Of the two, he generally appears to be far more laid back than his brother, who usually wears more formal clothing. Before the start of The Suite Life on Deck, Zack grew his hair longer, to be around shoulder length. As the series progresses, Zack grows to around five-foot-ten tall, and cuts his hair back to a much shorter length.

Zack likes and flirts with many girls, but has never really had one long-term girlfriend, although he seems to be serious with his current girlfriend, Maya. In "Prom Night", they take each other for dates. 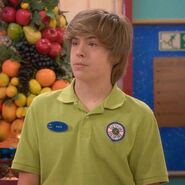 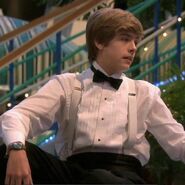 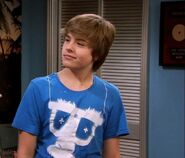 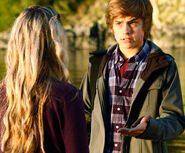 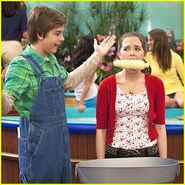 Retrieved from "https://suitelife.fandom.com/wiki/Zack_Martin?oldid=74530"
Community content is available under CC-BY-SA unless otherwise noted.